This guest blog is an interview with Bekka Kahn, Open Coalition Project Co-ordinator, and Beatrice Martini of Open Knowledge. … END_OF_DOCUMENT_TOKEN_TO_BE_REPLACED 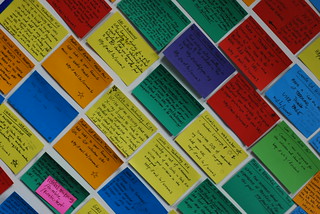 This guest blog is an interview with Bekka Kahn, Open Coalition Project Co-ordinator, and Beatrice Martini of Open Knowledge. They will be leading a track at MozFest about community building – a great fit for the Open Coalition. It was originally published on the Mozilla Webmaker blog here

What excites you most about your track?

In the early days of the web, Mozilla pioneered community building efforts together with other open source projects. Today, the best practices have changed and there are many organisations to learn from. Our track aims to convene these practitioners and join forces to create a future action roadmap for the Open Web movement.

Building and mobilising community action requires expertise and understanding of both tools and crowd. The relationships between stakeholders need to be planned with inclusivity and sustainability in mind.

Our track has the ambitious aim to tell the story about this powerful and groundbreaking system. We hope to create the space where both newcomers and experienced community members can meet, share knowledge, learn from each other, get inspired and leave the festival feeling empowered and equipped with a plan for their next action.

The track will feature participatory sessions (there’s no projector is sight!), an ongoing wall-space action and a handbook writing sprint. In addition to this, participants and passers-by will be encouraged to answer the question: “What’s the next action, of any kind/ size/ location, you plan to take for the Open Web movement?”

Who are you working with to make this track happen?

We’ve been very excited to have the opportunity to collaborate with many great folks, old friends and new, to build such an exciting project. The track was added to just a few weeks before the event, so it’s very emergent—just the way we like it!

We believe that collaboration between communities is what can really fuel the future of the Open Web movement. We put this belief into practice through our curatorship structure, as well as the planning of the track’s programme, which is a combination of great ideas that were sent through the festival’s Call for Proposals and invitations we made to folks we knew would have had the ability to blow people’s mind with 60 minutes and a box of paper and markers at their disposal.

How can someone who isn’t able to attend MozFest learn more or get involved in this topic?

Anyone will be welcome to connect with us in (at least) three ways.