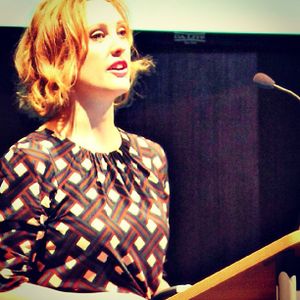 Josie Fraser is a UK based Social and Educational Technologist who works with governments, commercial service providers and not for profit organisations, developing innovative and effective practice in the use of technology to support learning and teaching.

From 2010-2016 she led the technology strand of Leicester City Council’s £340million Building Schools for the Future Programme - setting, promoting and delivering an agenda for educational transformation in relation to the use of technology within schools. She led on delivering IT infrastructure, connectivity, systems, and equipment for 23 secondary mainstream and special education school building projects. Her work also includes making sure learners across the city get the best possible benefit from the investment by supporting school leaders and staff in making creative and effective use of hardware, software and digital environments. In partnership with Leicester City Council, De Montfort University, and the 23 BSF schools she created the award winning DigiLit Leicester project to support and develop staff digital literacy.

She has worked to support schools in understanding, making use of, and creating open educational resources (OER). The result of this is a suite of guidance and practical support documents(2014). Leicester City Council also became the first council in Europe to provide its school employees with permission to openly licence the educational resources they produce in the course of their work. She also organised the first OER Schools conference (2015).

She has led on the UK's national cyberbullying guidance for both Labour and Conservative governments on behalf of Childnet International.

Since 2015 she has served as a board member of Wikimedia UK, a charity dedicated to supporting access to knowledge for all, and promoting engagement with Wikimedia projects, including Wikipedia.