Project start date (include month, day, and year)
When books are received

Are you an individual or an organisation?
Individual

Are you currently a member of Wikimedia UK?
Yes

Project lead title (position), if any

To get a series of core articles which are on the Vital Articles lists up to Good Article status in the long term, primarily the top classic Hollywood film stars of the 1930s-1960s era, but possibly also the odd director or film too. Most of the real core biographies like Frank Sinatra, Cary Grant, Jimmy Stewart, John Wayne, Elizabeth Taylor, Ava Gardner etc are nowhere near the good quality that they should be in a 15 year old project. They all get a lot of traffic daily.

Each project will be a success once the article reaches Good article status. For Frank Sinatra in particular, getting it to Good Article status and appearing on the front page as a top DYK or Featured Article on December 12th. 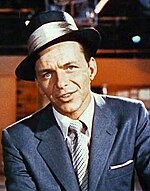 Request for the following books all from Amazon (including postage cost):

Request for the following books all from Amazon (including postage cost):

Request for the following books all from Amazon: 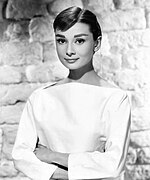 Request for the following books all from Amazon: 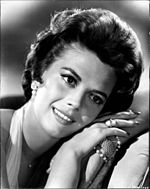 Frank Sinatra in particular is the sort of biography that I view as a sort of "penthouse" of biographical articles on wikipedia, if you pardon the Las Vegas pun. It doesn't get bigger or bolder than Sinatra. Arguably the most popular entertainer overall of the 20th century, certainly one of the world's most charismatic and enigmatic entertainers, who seemed to be a different person on many different levels, from singer to Hollywood actor to mob connections. He gets more than twice as many daily hits as cinema giants like Cary Grant and Jimmy Stewart, two others I'm interested in at some point. Monthly he currently gets about 160,000 views, so in ten years this article will be seen by 20 million people, probably more as traffic grows each year, it might be nearer 50 million by 2025! I think it's one of those core articles wikipedia really must have a good article for.

Maureen O'Hara, one of the most beautiful and earthy actresses of classic cinema, frequently worked with director John Ford and John Wayne. Her most famous films are Miracle on 34th Street (1947) and The Quiet Man (1952).. Recently passes away at 95 and was one of the last living actresses of the Golden period. Usually she gets around 25,000 views a month, though will have significantly more in late October and November due to death.

Sorry to let you down Richard Nevell (WMUK) and Karla Marte(WMUK) but for several reasons I've decided to semi retire from wikipedia for the time being https://en.wikipedia.org/wiki/User:Dr._Blofeld. I haven't retired fully yet, I'm still planning on making a grant proposal later in the year to WMF which might change things, which I hope WMUK will be happy to be a part of, but I've given way too much of my time and goodwill to the site for so long and got little back in return. I know that if I promote Audrey Hepburn I'll only continue to be faced with trolling and mass heartache I've faced with Kubrick and Sinatra. It just isn't worth the effort, and I don't think I'm valued enough to want to be able continue at the moment. Dr. Blofeld (talk) 19:18, 6 January 2017 (GMT)

Hi Dr. Blofeld, I only just noticed that as we talked about this over email I never left a reply here. There is of course no let down. The work on Sinatra, Grant, and O'Hara has been an enormous effort which benefits hundreds of thousands of readers every month. Let's leave the final peak for someone else to scale. Richard Nevell (WMUK) (talk) 12:51, 27 March 2017 (BST)