Background to this event[edit | edit source] 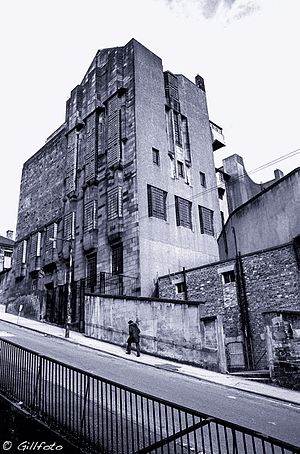 This training session came out of the Library Camp Glasgow event that we (Graeme Arnott and Ally Crockford) took part in, in October 2013. After the library camp I met with the two of the GSA's librarians and Elflin, who is the graduate trainee librarian at GSA and who had also taken part in the Glasgow Women's Library Scottish Women on Wikipedia editathon in November.

Aim of the event[edit | edit source]

The aim of the event was to provide the librarians and archivists with the basic skills and information to start editing Wikipedia. All the GSA participants were keen to embed Wikipedia into their practice and thought that the Wiki-projects, particularly Wikipedia and Wikimedia Commons, offered a good opportunity to increase the amount of material that GSA could make available online.

We will have a follow up meeting to reflect on the training, and consider how we can support the participants to the next step of adding material to the projects. I think it is positive sign that the various events that we have taken part in recently in Glasgow are starting to develop the community and provide connections between the participants, their institutions and WMUK.