The Board is responsible for the strategic governance of the charity. It normally consists of 10 members who act as both trustees of the charity and as directors of the company. The majority of board members are elected by the membership, usually an Annual General Meeting, while some are co-opted for specific skills and experience. See below for the legal duties and responsibilities of board members.

The role of the Wikimedia UK board

Wikimedia UK's 10-person volunteer board provides strategic guidance, direction and oversight for the charity as a whole while recognising and respecting the domain of staff and volunteer responsibility. In particular, it:

Julian has long recognised Wikipedia as a guiding light to his academic qualifications. When he started writing what was to become his first novel (historical fiction), the “Nazi Germany” article was his first port of call; A-Level revision started by seeing what Wikipedia could teach him; and as he sat waiting before his (ultimately successful) Oxford interview for a Law degree, he poured over the Talk page for “Jurisprudence”. Its hyperlinked structure supported his learning style, which he has adapted to suit his ADHD. This is all to say that Wikipedia and the wider open knowledge project have played a pivotal role in Julian’s life. Julian has been contributing as an editor, and took the next step into the movement when he became a Wikimedia UK trustee in 2021. 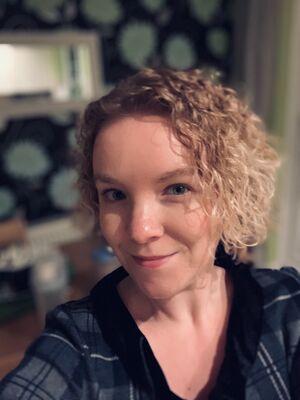 Caroline Ball has been an editor of Wikipedia since 2018. She is an academic librarian at the University of Derby, supporting programmes in the fields of Business, Law and Social Sciences, and has also worked as a copyright and licensing advisor. She is an organiser of the #ebookSOS campaign, advocating for fairer pricing, licensing and access for academic ebooks.

She has been active in promoting Wikipedia within the higher education sector, bringing Wiki editing into the curriculum of several programmes, writing and presenting at conferences on the numerous ways Wikipedia editing can be used as a teaching and learning tool within higher education. She was awarded the UK Wikimedia of the Year Award in 2020.

She is interested in strengthening Wikimedia’s existing links with educational and cultural institutions, and is particularly keen to build on the work embedding Wiki editing within school curricula.

Caroline's term runs until the 2024 AGM. 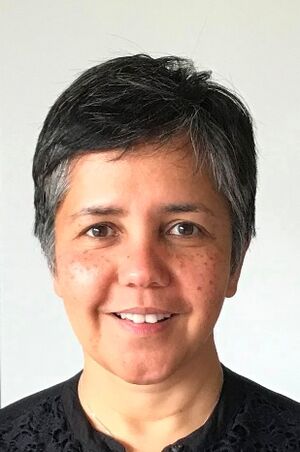 Sangeet has been a Trustee since January 2019. She is the Founder and Director of WISE KIDS, which focuses on New Media Literacy Education, Digital Citizenship, Online Safety and Digital Well-being. In the last 18 years, Sangeet has worked with thousands of young people, parents and professionals in the UK, Singapore and Malaysia, addressing these themes. She is passionate about young people’s own voices, rights and agency in addressing risk, harm, opportunity and well-being online. She is a member of a number of Welsh government and non-government committees.

Jane has been a trustee of Wikimedia UK since September 2018. She has served in a wide range of senior finance roles within the publishing and wider media sector, including within Educational publishing, and brings a strong commercial finance, international and compliance skills to the board. Jane is a chartered management accountant and she chairs the Audit and Risk Committee. 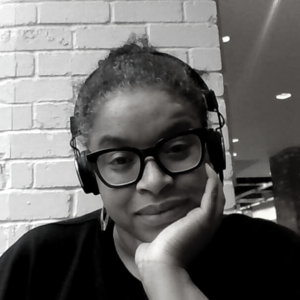 Kelly has been an active contributor to Wikipedia since 2012, since then she has been involved in projects both online and in-person. Kelly is an accredited trainer with Wikimedia UK and have delivered training for a variety of organisations from the national museums and libraries to local community groups. Since 2018 Kelly has been the UK lead for AfroCROWD, an initiative to increase the numbers of African-descended people contributing to Wikimedia and other open knowledge projects and to improve the content about the African Diaspora. I’m also involved in supporting Wikimedia communities in the Caribbean region and the diaspora, and currently serve on the Wikimedia Foundation’s Project Grant committee. Kelly is the lead for Creative Commons UK and active in the open knowledge networks around the African diaspora. I've served on Creative Commons Summit's program advisory committee and I'm an active member of the Open GLAM platform. Kelly is currently the Wikimedian-in-Residence on the University of Sussex's Making African Connections, working with museums in England, Sudan and Botswana. Outside of Wikimedia, I'm a London Blue Badge Guide and public historian specialising in Black, working-class and women’s histories of London.
Kelly's term runs until the 2023 AGM. 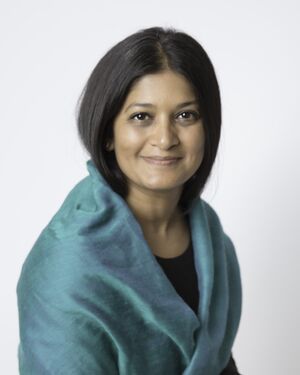 Monisha is Chair of Rose Bruford College. She is also the Senior Independent Member (Chair) of the Arts and Humanities Research Council, board member of the Office for Students and a member of the Ofcom Content Board. She serves as a Trustee of the Art Fund, Caterham School and is a lay member of the Queen's Counsel Appointments Panel. In previous roles, she has served as Trustee of the Donmar Warehouse, Tate, Foundling Museum and the National Gallery. She has a professional background in media and intellectual property having worked for 10 years at BBC Worldwide, the commercial arm of the BBC before stepping down in 2010. In December 2015, Monisha was invited by the Prime Minister to join the Committee on Standards in Public Life. Monisha has a post-graduate degree from SOAS and an executive MBA from the London Business School. In 2010, she was nominated Young Global Leader by the World Economic Forum.

Monisha has been appointed Chair Elect of the board, co-opted July 2021. 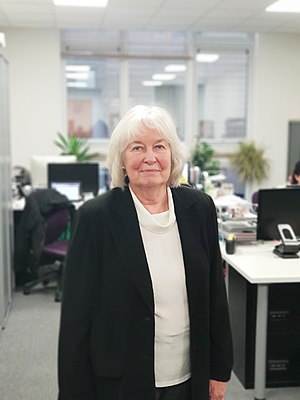 Marnie has been Treasurer and trustee of Wikimedia UK since September 2018. She is a Chartered Management Accountant, and has been involved in the charity sector as a finance director for most of her professional career, having worked with the Dulwich Picture Gallery, the Mental Health Foundation, the Musicians Benevolent Fund and RPS Rainer among others. Previously she was a trustee and the chair of the Finance and Administration Committee of the Church Urban fund. She brings knowledge and experience of financial and organisational issues across a range of charitable enterprises. Marnie sits on the Audit and Risk Committee. 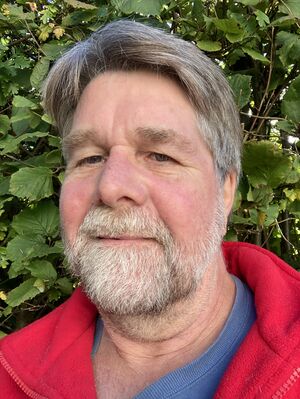 Rod has been a trustee since July 2019. He is a nurse who worked in the NHS before entering higher education. His teaching and research has related to the use of the internet and open access to knowledge. His first edited Wikipedia in 2004 since which he has made over 200,000 edits and has been the primary author of 50 pieces of featured content.

I went to of City of London School, a Rabbinical College in Israel and then read History and Philosophy at Caius College Cambridge gaining BA and then an MA. More recently I gained a masters at University College London (Merit) and am currently doing a PhD there.

Subsequently I qualified as a solicitor setting up my own firm, David Wineman, with a partner which we ran for just over 25 years.  It grew to be a 10 partner firm until  we merged it in2008.

I have appeared on numerous Radio and Television channels and published various articles on legal topics and topics of Jewish History as well as a book on the Contracts (Rights of Third Parties) Act 1999 published by the Estates Gazette. For a number of years I was a Licenced Insolvency Practitioner.

In addition to running my own property investment and development company I have been an underwriter at Lloyd’s of London since 1984.

I am married with 3 children and live in London.  My hobbies include music, skiing, mountain walking and surfing Wikipedia. I am a keen cyclist and have raised money for various Charities by participating in cycle challenges including international ones on five different continents.

Board members are directors of the charity, and trustees. They have certain legal duties and responsibilities, which include: [1]

In addition, trustees are required to ensure that the charity complies with its other legal duties such as those arising from being an employer and its reporting obligations to Companies House, the Charity Commission, and the tax authorities. Trustees are in addition required to comply with the charity's Conflict of Interest Policy.

To be eligible to act as a trustee, you must:

You cannot act as a trustee if you are disqualified under the Charities Act[2]. This includes if you: