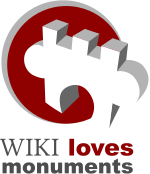 Wiki Loves Monuments ran very successfully in a number of countries across Europe in 2011.

Britain need no longer be grey!

Wiki Loves Monuments is a photo contest organized in 2010 and 2011 in, respectively, the Netherlands and in 18 European countries. The contest asks the general audience to upload pictures of monumental/historical sites and buildings during September. It is organised in every country that participates separately by the local people who best know how things work there, and the best photos are nominated for an international contest.

In 2011 this contest was very successful, with more than 165,000 photos submitted. This because of the hard work of the hundreds of volunteers in the 18 countries who helped organize Wiki Loves Monuments in one way or another, working with a number of local and national partner organisations. The winning pictures per country are at www.wikilovesmonuments.eu. The event had over 4,000 people who had never uploaded an image to Wikimedia Commons before.

The outcome was the setting up of a steering group, with power to co-opt, consisting of:

Please sign up below! Please also leave a rough estimate of how much your travel costs to get to the meeting will be, and whether there are any specific elements you are interested in.

Probably not, as it seems mostly out of date anyway. The first 2 Suffolk pages I looked at seemed out of date - eg Alpheton, and "monuments" are not specified. Another white elephan't graveyard here I suspect. Johnbod 15:55, 27 December 2011 (UTC)

Some points that should probably be covered (also see talk page):

If time's left over: develop some more specific cool ideas

Hi all, I can recommend that the best contacts at EH would be Keith May and Hugh Corley. Feel free to mention my name when contacting them or forward something through me to co-sign? Looking forward to seeing what happens with this! Wish I could help more... PatHadley 16:24, 5 February 2012 (UTC)

I saw Hugh and Keith in the pub last night and they know to expect contact. Hugh said he's been in touch with Fae before he thinks? PatHadley 10:23, 8 February 2012 (UTC)