Prior to the appointment of Fundraising Manager in July 2012 no public report of membership numbers was made on a monthly basis. This was changed from August 2012 and had been included in Wikimedia UK's monthly movement reports. No formal reporting template was requested, and so the numbers presented have altered over time.

We are currently in the process of migrating our membership data, and are also reviewing our membership renewals procedures. From 1st November 2018 we shall be publishing the current numbers on a quarterly basis. 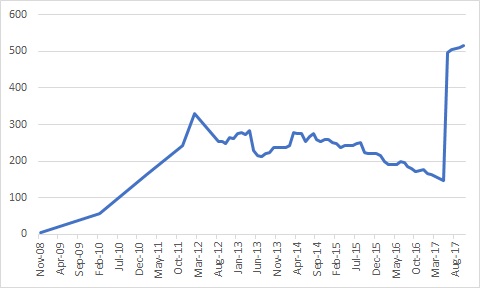