Below is the Wikimedia UK monthly report for the period 1 to 31 October 2011. If you want to keep up with the chapter's activities as they happen, please subscribe to our blog, join our mailing list, and/or follow us on Twitter. If you have any questions or comments, please drop us a line on this report's talk page.

Our 2012 Activity Plan was posted to the WMUK wiki on 1 October and has been submitted to the Wikimedia Foundation as part of the planning for the annual fundraiser. This plan is an outline of the work we will do in 2012, and the resources we need to support it. It is an important stage in the development of our 2012 Budget. When we’re asking people for money in this Autumn’s fundraiser, the Activity Plan will show people what we’re hoping to achieve with their donations – so it’s also important for the openness and accountability of our fundraising. We welcome any comments or suggestions on the talk page.

Dr Mark Graham, and Han-Teng Liao, both from the Oxford Internet Institute, attended WikiSym 2011 on WMUK scholarships this month; they also presented about their work at the Wikimedia Foundation offices.

Fiona Apps, supported by Richard Symonds, held a stall at the University of Warwick Freshers fayre, on 1 October. This resulted in over 70 expressions of interest in forming a Wiki student club.

We have supported a University of Birmingham bid for JISC funding for World War One digital content prioritization; our letter of support is at File:Birmingham JISC support.pdf.

On 24th October, Fiona Apps led a Wikipedia Lounge at The University of Manchester. 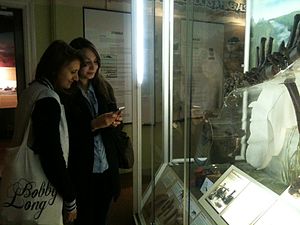 On October 1st there was a Herbert Art Gallery and Museum Backstage Pass - this was covered in detail in the This Month in GLAM newletter. Also on the 1st, Tom Morris attending Over the Air at Bletchley Park.

Other events this month included:

Planned activities in November include:

For events in December and onwards, please see Events.

A full board meeting was held on 11 October, focused on the topics of office space; charity status and fundraising readiness. Draft minutes from the meeting are available. A brief board meeting was also held on 16 October discussing the constitution of the Executive Board, and the implementation of our expenses system. You can also find out information about our Board member's recent activities at the report page for the board meeting on 11th October.

On 16th October we held an Extraordinary General Meeting to approve a change of our Objects as part of the process of being recognized by the Charities Commission as a UK charity. The resolution was passed, with 49 supporting, 1 abstaining and no-one opposing.

News from the CEO[edit | edit source]

For more information on Jon's activities this month, see News from the Office.

A busy first month for me with visits to Coventry to see everyone in action at the Herbert and the Fresher's Fair at Warwick University. Later I spent a few days in the offices of our German sister organisation seeing what we might look like a few years on. We had a successful EGM in London which was a key step on the way to becoming a charity.

In the background a steep learning curve with lots of support from the community, so thanks, you know who you are. An office space has also been found into which I move next Monday with a couple of cardboard boxes. There will be some open days when we get it equipped.

A number of fundraising tests were run this month; the details and their outcomes are described on meta. For more information about our participation in this year's fundraiser, see 2011 Fundraiser.

We are currently in the process of assembling our Expense policy, which more clearly sets out the approach that we have already been following with regards expenses incurred by Board, staff and volunteers when on Wikimedia UK business.

Recruitment started for our permanent Office and Development Manager, with interviews due to take place in November.