If something needs discussing for longer than a minute, then please add it to the Matters Arising section on the agenda.

Note that my report is outdated - I will provide a more complete one for the next board meeting (no time right now due to day job commitments). 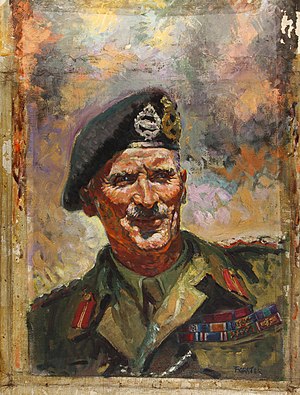 As requested a review of the first six months of WMUK since my appointment File:6 month review for Board.pdf

Looking for Board approval to publish to community for decisions at Monmouth. Will then publish on a wiki for discussion.

I would like to get the Board’s opinions on a few issues on the organisation of the AGM. Daria has produced background information. The questions/suggestions are in red on the google doc https://docs.google.com/a/wikimedia.org.uk/document/d/14axSv3jptN_dcSDtY-4gDzHZQB3LGz-njvOuhr7JCx8/edit

Director’s Suite - a self contained conference centre adjacent to the Science Museum. Two separate rooms (main venue and a foyer used as catering space), plus registration/cloakroom space. The contracts with both the venue and caterer have been signed and we are firming up on the details. £2,160 + VAT for room hire £1228.50 inc VAT for catering for 75 (arrival tea, sandwich buffet lunch, afternoon tea, unlimited tap water throughout).

http://www.squaremeal.co.uk/venues/london/view/23352/Director's_Suite - to give an idea of the space.

Will need if we have parallel sessions. See below.

- Sam Downie provisionally contacted about recording the event. Stevie Benton would help. - No air con, no hearing loop. - Signage can be arranged with the venue - do we want a sign outside the entrance as well?

- Main room has several alcoves which are not appropriate for separate talks, but can be used e.g. by tellers for vote counting. Can also be used as exhibition spaces - any ideas? Are there any suggestions for exhibitions on the day?

- Foyer which leads to the main room - can be used as an informal meeting space for 15-20 people standing. Will be used for catering as well. Suggest not a sensible option as will be in constant use for catering, arriving or milling around.

Venue is booked from 8AM to 6PM and we need to leave promptly. The program in the current shape: http://uk.wikimedia.org/wiki/WikiConference_UK_2012#Agenda - If we need to leave by 6PM the close of the meeting should perhaps be 4:45PM.

Suggest we agree this and keep fingers crossed. JD/RB

- There is 90 minutes for the AGM, with 30 minutes for Election Hustings and Voting. Depending on the number of candidates, this may not be enough. Perhaps 15 minutes should be added? - Do candidates know the questions beforehand? Richard and James to decide - a little while to think about this. Could restrict debate to on-Wiki? James says possible to have husting with questions in advance and 90 second speeches. Richard and James to decide.

Steve V to advise who further up the food chain at the Science Museum we talk to. RB

Also NB. the results of the Wikimania 2013 bid is scheduled to be announced on 28 April 2012. Given the physical restrictions on the location we will have to come to a decision on how we arrange the day.

1. Should we plan the day to have whole room sessions with panels of speakers? Internal review of WMUK in the morning, external speakers in the afternoon session?

Should we book the smaller room (20 people) and run parallel breakout sessions?

2. Who are the speakers who have accepted?

3. Could we have another session on the Sunday at the Wikimeet?

- Who is Opening / Closing the event?

Roger happy to do one of these with a guest the other. Jon ready as standy-by.

WIKIMEDIAN OF THE YEAR

{{colour | red |Who decides on the winners / arranges for the prizes / presents the awards at events.? Done by consensus on wiki. Roger getting prizes.]]

This part has 30 minutes in the programme - are the winners presenting a speech? - if so should they know in advance? Gracious words of thanks - no speeches. RB

{{colour | red |- Are the expenses only provided for Speakers? Some delegates have been requesting support on the event’s wiki page?

Special cases will be taken into consideration, otherwise speakers and trustees.]]

- Who is taking care of gifts for the Speakers? Office to get flowers or something suitable.

- is the collaboration with the Science Museum a part of the program? (e.g. a special tour, presentation of a Wikipedian in Residence program). Steve V to advise.